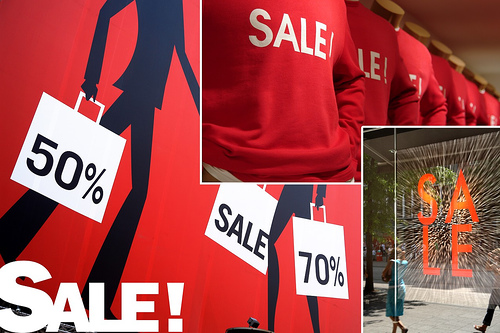 My mother trained me well to take on deals. I grew up shopping at yard sales, consignment shops and discount warehouses like Ross, T.J. Maxx and Marshalls. I love her for that. I can fully appreciate the beauty of a serendipitous sale item. But as I’ve continued my quest to live a simpler, more fulfilling life, I find that I’m OK turning down a good deal.

I don’t need to take advantage of every opportunity that presents itself. The localized coupon craze has been sweeping the Internet. At one time I was subscribed to Groupon, LivingSocial, TownHog and Joffer, and I know there are many other similar companies doing this. I’ve purchased my fair share of deals through those channels.

But what I really wanted, what I hoped against hope would show up one day on one of the many sites purveying these deals, was a coupon to a Pilates and Gyrotonics studio conveniently around the corner from my boyfriend’s house. The day that actually happened, I felt my need for the daily e-mails subside. Especially when I considered how much money I had wasted purchasing deals that will be difficult to take advantage of but I couldn’t resist buying. My mantra over the years has been “never buy anything on sale unless you would purchase it at full price,” and these deals were constantly urging me to break that pact with myself.

This became even more clear to me last night when Terry and I had dinner as part of San Francisco’s yearly Dine About Town program. People participate in Dine About Town because they want to save money while checking out new restaurants in SF. As I calculated up the dinner tab, I realized that we weren’t saving a dime. Without the included dessert (which we never usually get) we would have paid about the same. The limited menu made the “deal” seem even less so, since they were all seafood choices and Terry is not a fan of seafood. I told him I wished that we had just gone off of the regular dinner menu, since we would have paid the same and been much happier with the meal. This is not to say I don’t appreciate Dine About Town – I think it’s an awesome program – but I would rather go out to dinner less often and pay full price so I can get the experience I want. Just my preference.

As for handling the wealth of deal services out there, I’ve decided that if I ever do feel a specific need for something and need to get it on the cheap, I’ll resubscribe until I find what I’m looking for. Maybe a massage. Or a pricey dining establishment I really want to try out but can’t justify paying bucko bucks for. Until then, I’m perfectly content to live without the extra daily e-mails cluttering up my inbox or preying on my wallet. Unsubscribed.

2 Comments on Turning Down the Deal